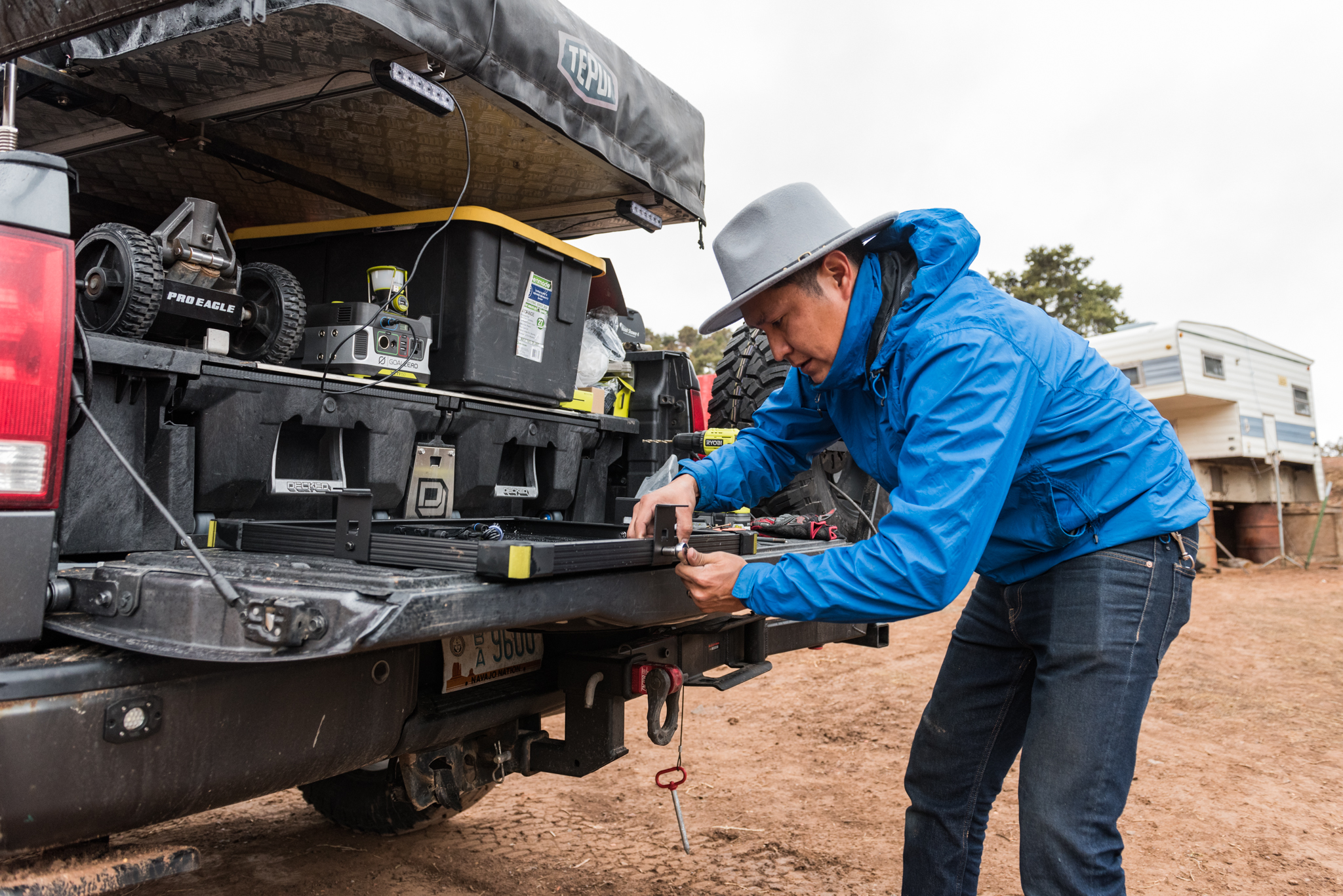 "I don't want a kid to have to go through the experiences that I had," says Fowler, who is from Navajo Nation, the largest Native American territory in the United States that spans throughout portions of Arizona, Utah and New Mexico. "It's amazing how not having running water or electricity can trickle down into so many other issues."

Over 30 percent of an estimated 55,000 Navajo Nation households do not have running water. Nearly just as many do not have electricity, according to the American Public Power Association. Fowler grew up in one of those households.

Looking back, he recalls a day during his freshman year of high school.

"I had just finished soccer practice, and I hadn't been able to shower for about a week-and-a-half," Fowler said. "Kids kept saying, 'Oh, you stink', or 'What do you do, put motor oil in your hair?' It just went on and on. As a kid, that sticks with you."

Fowler persevered. He credits his parents and grandmother for teaching him to "be grateful for what you have, not resentful for what you don't." Today, he is a successful and well-known nature photographer. But, as Fowler says, that just pays the bills.

Fowler sees his real job as a husband, father and humanitarian who has dedicated his life to his homeland.

A self-proclaimed truck lover, Fowler has done most of his Samaritan work behind the wheel of his 2006 Nissan Armada and 2012 Nissan TITAN, throughout some of the most rigorous landscapes in the country. Just last month, he added a new 2020 TITAN to his garage.

"Having a vehicle you can rely on to get through the rugged terrain – a vehicle that has the power and capability to get the work done and help you get back home safely – that's absolutely crucial," Fowler said. "Without these vehicles, I honestly don't know how I would get things done."

In 2015, 3 million gallons of highly toxic mine waste were accidentally spilled into the Gold King Mine in Colorado, causing devastating effects throughout the southwestern region, including Navajo Nation.

At the time, Fowler was preparing for his largest photography convention of the year. Instead of attending, he quickly built a website to sell his award-winning images online. He then used the profits to deliver seven semi-trailers of drinking water to desolate areas of Navajo Nation.

"That experience lit a fire within me," Fowler said.

Shortly after, Fowler partnered with the solar energy company Goal Zero, expanding his efforts to solar power. With his TITAN as his workhorse, Fowler has helped install more than 200 solar kits that bring power to homes that have never had it before.

Last year, a local teacher reached out after hearing a story on the local news about Fowler installing solar panels. The teacher had just given her students a writing assignment – if you had $100, what would you do with it? One second grader, who had also seen the news report, replied: Buy a solar panel.

"I told the teacher, I'll install a solar kit in his house within a week," Fowler said.

And that's what he did.

As he looks to the future, Fowler has big plans for his new 2020 TITAN, which last month delivered over 1,000 distant learning kits to Navajo Nation students, helping kids safely continue their education during the COVID-19 pandemic.

Posted by Campbell Nissan Commercial Vehicles at 5:13 AM