How Nissan, NASA will help you park in the future

Nissan's remote human operator would take action if one of the automaker's driverless cars encountered a problem.

Nissan has turned to NASA to help it with what could be a challenging task in the future: remotely parking an autonomous vehicle after the driver has exited the car.

After Nissan Deputy General Manager for R&D Toshiro Muramatsu described the scenario to a group of journalists visiting the automaker’s technology center in Atsugi, Japan, I jokingly asked him why we would need rocket scientists to help us park in the future. He laughed and said its not NASA’s expertise in space travel that Nissan covets, it is the agency’s knowledge of driving an unmanned vehicle that is a long way from home.

“This is more related to the Mars Rover than rocket science. How do they navigate around an obstacle like a rock on Mars?” he said.

Separately, Nissan Senior Vice President of Research and Advanced Engineering Takao Asami said that NASA’s expertise will help Nissan’s autonomous cars break the rules when necessary, such as driving in the opposing lane to get around a construction site.

“It’s common sense that you have to do this, but the machine doesn’t have the common sense,” Asami said. “To solve this, the human operator will monitor the difficulties and instruct the car on how to handle this. Once the instruction is made, we can copy it and broadcast it to all of the vehicles in the field.”

You can reach Douglas A. Bolduc at dbolduc@crain.com.
Posted by Campbell Nissan Commercial Vehicles at 8:30 AM 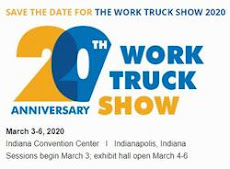